Steve Rozitis was born in Vancouver in 1985, and moved to Calgary with his family in 1999. At the age of 15, while rummaging around in the basement he discovered his mother's old 70's Yamaha acoustic guitar. Within a few months he was completely addicted. Learning licks, riffs, songs and solos like mad, at 17 he played at his high school's Battle of the Bands and was teaching guitar part time after school to a few of the neighborhood kids.

In 2005 at 20 years old, and after a series of odd jobs and world travels, he was working full time at a local software start-up as a Quality Analyst, as well as teaching guitar and bass lessons in the evenings (60+ students/week!) to save up for Fretworks' 3 month apprenticeship program on guitar repair. It was also this summer that Kurtis Downs joined Steve as dueling lead guitar players in The Firm Handshake.

Steve began his training and apprenticeship at Fretworks in February of 2007 under Miles Jones. After completing the intensive 3-month repair program, Steve was hired on full-time at Fretworks doing setups, re-frets and repairs so Miles could focus more on teaching and training his international students. With precision fretwork quickly becoming his specialty, Steve worked on over 80% of the instruments that came through Fretworks in 2007, and R Guitars still honors the lifetime warranty on all of those setups/repairs. In January of 2008, Steve was headhunted and took the opportunity to start his own shop upstairs at Music Centre Canada.

8 years, and over 14,000 instruments later, Steve has trained and hired his longtime friend and fellow guitar wizard Kurtis Downs to help out at the busy MCC South shop. Kurt and Steve have played 200+ live shows in The Firm Handshake together since forming in 2005, they are currently recording another album, and still play a handful of shows every year. They both have also played at least that many gigs filling in (on guitar and bass) with other musical acts over the last decade. If you'd like to see either of these fine gentlemen walk the walk, Kurtis plays guitar in the Mike McKenzie Band, while Steve plays guitar in Liquor Mountain, and bass in The Dust Collectors. Playing live has always been a passion of theirs, and between them they have experienced everything to do with gear that can go awry. As players first, both Kurt and Steve know the exacting demands people place on their instruments, and treat each instrument that crosses the bench as if it were their own.

12.5 years, and over 22,000 instruments serviced, as of June 25, 2020, R Guitars' contract with MCC has been terminated. The South shop is now closed.  We would like to thank all of our loyal clients and friends for their continued patronage and support. Now 100% independent, Steve and Kurtis are happy to serve you at our Central shop. It is easily accessed by transit, and only a 15 min drive, North on highway 2.

Over the past decade, Steve has also developed a love for building acoustic guitars. Making only 3-4 guitars per year, this passion project has produced some incredible and unique instruments. As the only guitar tech in town who is also a luthier (or the only luthier in town doing repairs/fretwork/setups), Steve often gets the jobs that other repair shops turn away. With a full woodworking shop to their advantage, R Guitars Central location has all the heavy duty power tools required to mill raw lumber, as well as Calgary's largest selection of tonewoods in all of the popular species. Being a traditionalist, Steve uses old world materials and techniques that have stood the test of time, such as hot-hide glue construction and French polish finish on all his guitars. 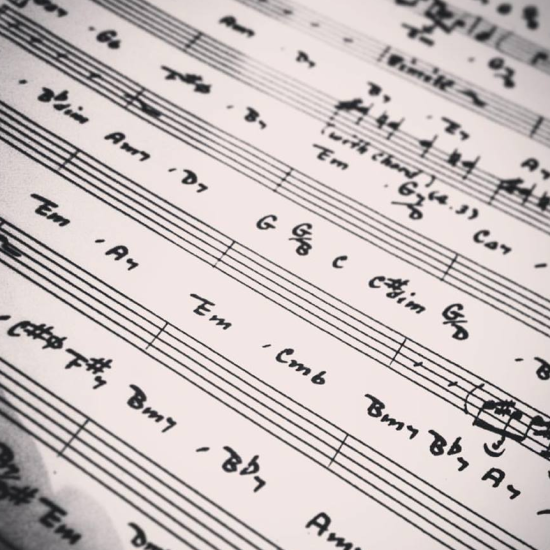 R Guitars helps you understand your instrument and improve your technique whether you're a beginner, intermediate player or seasoned vet! 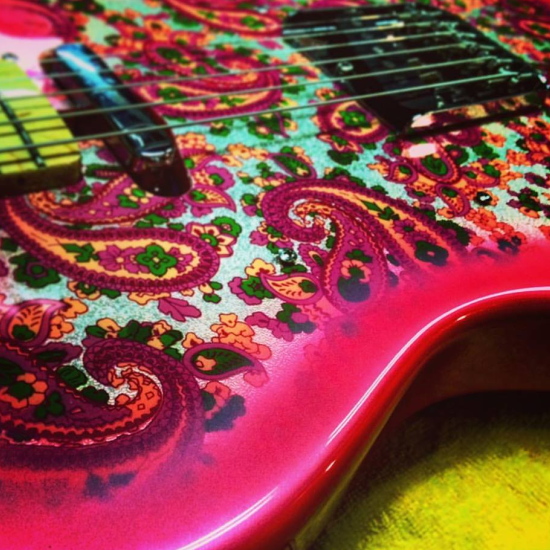 Lifetime warrantied setup and repair is available right here - at R Guitars. Click on the Contact page to connect with us! 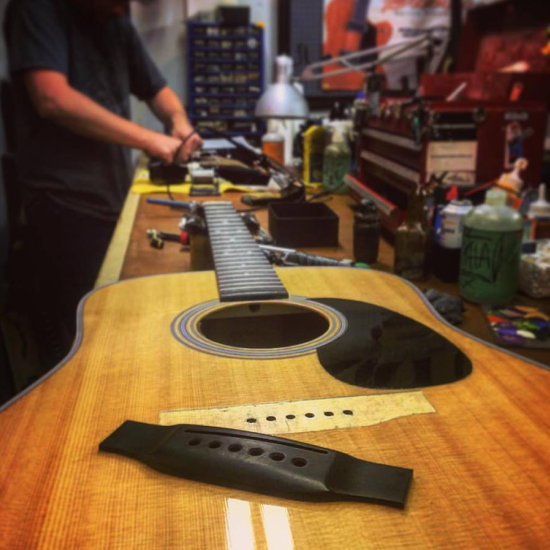 We do the jobs that no one else will touch. Neck re-sets, fretboard leveling, broken necks, bridge repairs and re-frets done right the first time. Guaranteed for life.